Three different generations, three completely unique sets of circumstances, three entirely disparate life experiences, and three distinct goals—yet there’s a common thread through which all three are connected. The thread that binds all three is that of burning desire, aspiration, and commitment not to quit in the face of extreme adversity.

“Wild,” based on the book “Wild: From Lost to Found on the Pacific Crest Trail” (Knopf, 2012) by Cheryl Strayed; “Unbroken,” based on the book “Unbroken: A World War II Story of Survival, Resilience, and Redemption” (Random House, 2010) by Laura Hillenbrand; and “Selma,” based on the 1965 civil-rights marches and protests are three critically acclaimed movies that premiered in December 2014. Strayed; Louis Zamperini (1917–2014), subject of “Unbroken”; and the 1965 civil-rights marchers and protestors are as different as night and day. In some respects, though, their true stories are as similar as peas in a pod. 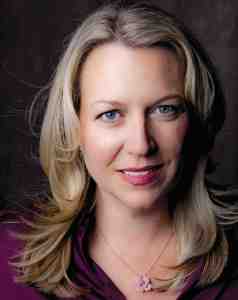 “Wild” is the story of Strayed’s backpacking journey of more than 1,000 miles on the Pacific Crest Trail (PCT), which took her from the Mojave desert in California to the Bridge of the Gods, which spans the Columbia River between Oregon and Washington. Strayed had no backpacking experience, very little knowledge of the PCT, and a desire to backpack alone, so it’s no wonder that her friends and family told her, prior to her departure for the PCT, that she could always quit at any time.

What they didn’t understand was that Strayed had no intention of quitting, regardless of how difficult her situation became. To Strayed, quitting was simply not an option. It’s true that at times, she did think about quitting. At times, the thought of packing it in and getting off the trail was as tempting to her as some of the unhealthy life choices she had previously made—but she did not quit.

“Unbroken” chronicles the life of Zamperini, from his upbringing in the modest Los Angeles suburb of Torrance, California, to his track-star days at the University of Southern California to his performance in the 5,000-meter distance event in the 1936 Olympics to his military career (and 47 days spent adrift in the Pacific Ocean after a plane crash) to the more than two years he spent in a Japanese prisoner-of-war camp, enduring brutal and inhumane treatment at the hands of his captors.

Determined to destroy him, Mutsuhiro (the Bird) Watanabe (1918–2003)—one of the main prison guards at the prison camp—did everything in his power to break Zamperini. Not only was the barbaric prison guard unable to break him, but Zamperini’s will, desire, and determination not to quit, even in the face of extreme hardship, became inspirations for the other prisoners in the camp.

The movie “Selma” tells the story of Dr. Martin Luther King Jr. (1929–1968) and the thousands of protestors and marchers of all races and religions who took up the mantel of securing voting rights for the U.S. black population. The three 1965 marches from Selma to Montgomery, Alabama, eventually led to the passage of the Voting Rights Act of 1965. Facing arrest, beatings, tear-gas attacks, and even possible death, the protestors and marchers would not be deterred.

Instead, they faced their enemies with the lyrics of “We Shall Overcome” ringing in their ears. Quitting in the face of extreme adversity would have been easy and well understood. What their adversaries did not realize was that uttering the infamous words, “No más,” spoken many years later by the Panamanian boxer Roberto Durán Samaniego during his 1980 welterweight-title rematch with challenger Ray Charles (Sugar Ray) Leonard, were not part of their vernacular.

To business owners and businesspeople, there are many times when quitting and throwing in the towel not only become compelling ideas, but also seem to be wise choices. More often than not, however, staying the course, competing in the face of adversity, and not giving up during challenging trials and tribulations are better decisions. As Strayed, Zamperini, and the 1965 civil-rights protestors and marchers all exhibited, the key is just to keep putting one foot in front of the other.

As we move into a new year, the vast majority of us will never even come close to experiencing (and having to endure) what Strayed faced on the PCT; what Zamperini encountered in a POW camp; and what the 1965 civil-rights protestors and marchers faced during their five-day, 54-mile march from Selma to Montgomery. We can, however, take inspiration, direction, and encouragement from these three incredible stories, which depict—in full detail—the best of the human spirit: when one sets out to accomplish a goal, when quitting is not an option, and when the famous 1941 words of Winston Churchill (1874–1965), “Never give in—never, never, never, never,” ring true.

Tony Ramos is the founder/publisher of Patio & Hearth Products Report.
He can be reached via e-mail: tramos@peninsula-media.com